Why are used cars so expensive? - DIYinspect

Why are used cars so expensive? Used cars in the Australian market are more expensive than ever, with buyers across the country taking notice of the inflated cost of purchasing second hand assets. Similarly to the jump in fuel prices, used cars are the most expensive they’ve been in recent history.

So why are used cars costing more than ever before? Here are three of the causes of secondhand car inflation in Australia –

The global pandemic affected every area of Australian life in the past two years and is the biggest factor driving up used car prices. This is because of a chronic shortage of vehicles in general, mostly due to a lack of new assets hitting Australian shores.

COVID-19 caused a huge delay in production and in international shipping times. This led to almost two years of no new cars coming into circulation on the market. Meaning, used cars became the only viable option for buyers. While the prices of used cars have dipped at times throughout the last two years, this was due only to strict lockdowns and continued to rise post-restrictions.

The pandemic created several supply chain issues for automotive parts, most notable being the global shortage of semiconductor chips. Microchips are necessary for all manner of critical electrical components and cannot be avoided in car production, meaning the shortage created a worldwide delay in the supply of new models. This allowed dealers to mark up the limited supply of cars on the market, driving up prices for buyers who were forced to shop secondhand.

The volume of new vehicles being delivered to dealerships since January has been insufficient to meet strong consumer demand. Alongside the elongated lead times of factory orders, pushes back the supply another 6-8 months.

While this may appear counterintuitive at first glance, smaller household budgets do correlate to a rise in popularity of used cars. The link between smaller budgets and used cars is obvious, when families have less money to spend on cars, they must turn to used vehicles that come far cheaper than new models.

When will prices ease?

As global supply chains have begun to resolve their issues, prices are expected to fall throughout the second half of 2022. While this is a positive for struggling households, there are many conflicting opinions on just how far the market might fall.

While interest rates are predicted to rise in upcoming months to curb inflation, this may also reduce customer demand, placing downward pressure on pricing. This can potentially lead to aggressive incentive spending, which could effectively level the market.

As new inventory begins to stabilise, J.D. forecasts that used vehicle values will begin their descent to more normal levels by late 2022 and into 2023. Paris forecasts that residual values on three-year-old vehicles will dissipate from the current 68% to a ‘historically high’ new normal of 54% by 2024.

According to an Automotive News report, consulting firm KPMG predicts a dramatic dip in used vehicle prices which will precede the stabilisation of new inventory. The firm reportedly expects used car prices to drop 20-30% in the months following October 2022. While the expected drop will spell relief for shoppers who have halted the pursuit of buying a used car, the drop could be detrimental to those who financed a vehicle amid the current inflated prices and need to trade their vehicle in.

Looking to sell your car before the market drops?

DIYinspect is the best way to sell a used car in 2022, especially when prices are still high. DIYinspect provides offers to sell your car based on real-time data. Meaning you get the best price for your vehicle at the exact moment you choose to sell.

Selling through DIYinspect is a simple process that can be completed from anywhere in Australia. You simply submit your car for offer and provide information regarding the condition of your vehicle.

We’re backed by Pickles, Australia’s top asset remarketer. With decades of experience in the resale industry, Pickles has the technology and resources to provide you the best of the best. To get started, simply conduct a DIYinspect inspection via the app today (App Store or Google Play). 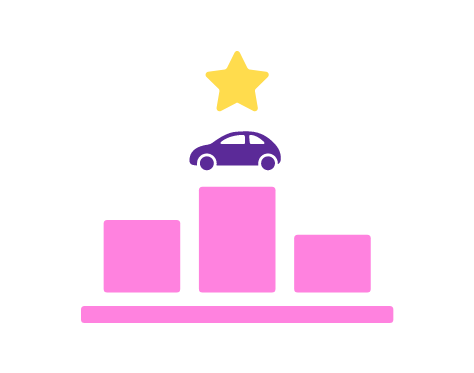